Portmagee, welcome to one of Irelands most beautiful villages. It is right on Valentia harbour and protected to the south by Coomanaspig mountain. It really is a picture postcard and you will be struck by its cleanliness and the colors of the houses on the street. Portmagee and the people of Portmagee were filled with a deep pride when our village was voted the the top tourist town in Ireland in 2012. Our village of Portmagee is located on the Wild Atlantic Way and Majestic Skellig Ring, which was voted in the Top ten locations to visit in 2017 by the Lonely planet. The village itself springs to life early in the mornings from March to October with people arriving to get the opportunity to go out and do an Eco tour tour of the Skelligs or get to land. The landing is much more difficult as there are restrictions on number of people who can land daily. Also the season on landing is much shorter from mid May to September weather permitting.

Portmagee has received its name from a certain Captain Theobald Magee who was notorious smuggler. Magee was using Portmagee as his port to smuggle contraband spirits, textiles, tea and tobacco. He ran his operation between France, Portugal and Ireland. The Skellig Coast was hard to police due to the many inlets around the coast, and therefore very profitable. It was believed that he served in the army of King James as an officer. Of course to further add to the intigue of this notorious character there is some suspicion that Magee’s death in a Lisbon monastery was due to some exile imposed by the powerful MP.

After his death, his wife and sons continued the family business of smuggling.

Portmagee the gateway to the Skelligs Michael

Both Portmagee and Valentia Island are synomous with the great Skellig Rocks. The Skelligs are only 12 kms from Portmagee. The majority of visitors who go out the the Skellig leave the village of Portmagee or on the other side from the jetty at the Skellig experience on the island side. We collect our tour goers on either side. Skellig Michael is an UNESCO World Heritage site. This rock has also attracted holiday makers by the thousands each year. However since Start wars have filmed there there has been unbelievable global exposure on the rock and therefore demand to visit or go around has explored in the last 2-3 years.

Just a short walk or a a shorter drive away (2km approx)is the most speculator cliffs in Kerry.The cliffs stand over 1000ft above the wild Atlantic and were formed in a desert environment 400 million years ago. Out to the west stand the amazing Skellig Rock.Allied to this Kerry Cliffs Portmagee are the closest viewing point to the great rocks and also the famous Puffin Island. Also you have a 360 view of the raw beauty of the Iveragh peninsula.

So now I am asking you to visit Portmagee but before you do please book your trip around the Skellig Rocks with us here at Skellig Coast Cruises, please click here on Skellig Michael tours 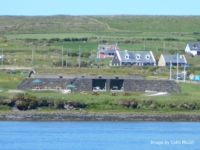 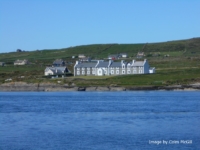 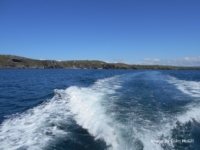